I have always suspected that I was mildly Claustrophobic.

My  discomfort was immediate to closed spaces like elevators, moving buses and trains with closed windows, underground subway stations etc.

I do have to take elevators daily at my office to get to the floor I work, which is on the 4th. I don’t need to spend too much time in the elevator and there is always people around me in the morning hours when the work day is about to start and in the evenings, when everyone leaves after shift. Coming to think of it, I remember my preference to tag along with someone/anyone I come across in the vicinity whenever I step into that ridiculously small space. But at the time, it didn’t strike me as a conscious thing I was doing.

Well, not until last week… 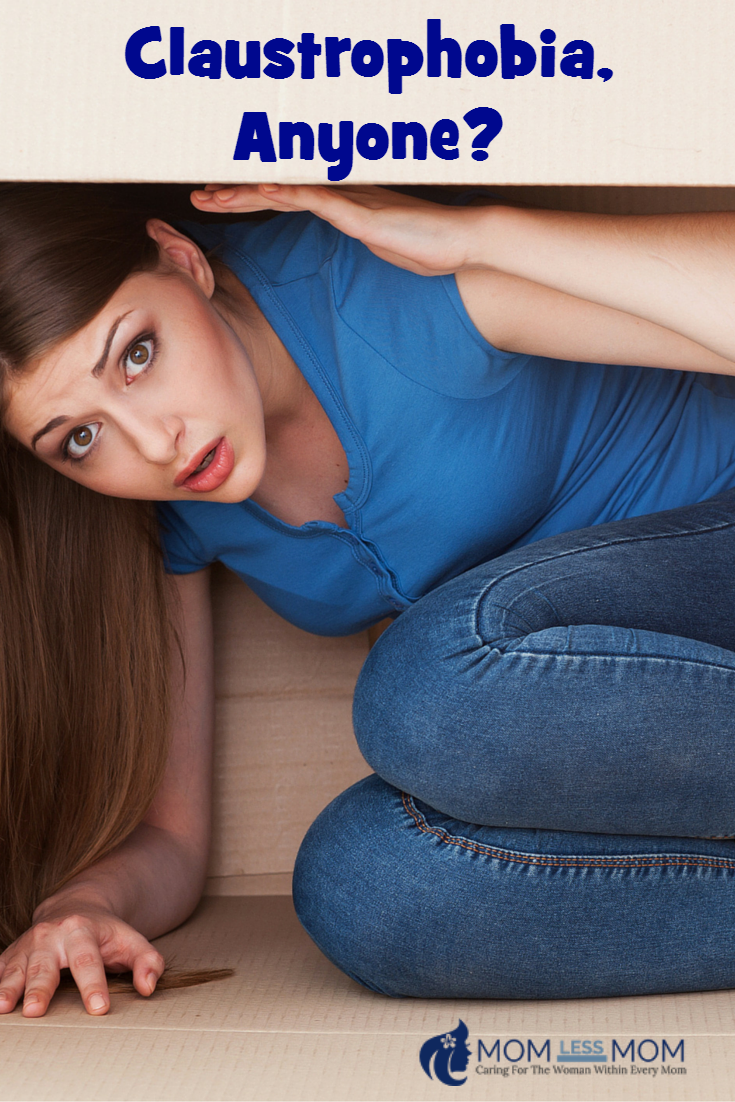 That’s when I finally realized that I actually have a severe case of claustrophobia. And it took an MRI to jolt me awake to this prognosis. Never in my dreams, I imagined that I was going to act crazy in the test room after the technician tucked me into that torture chamber after strapping me well into a god forsaken gurney.

Initially, when my Doc scheduled an MRI, as part of the routine questionnaire, he asked.

I answered: “I think very mild” (mild my foot, little did I know then)

To avoid any issues, he prescribed some medications which I never bothered to buy. I tucked the prescription into my purse and forgot about it. Yeah, I hate my guts sometimes.

Okay, coming back to the hell hole I am talking about…

It was like I did not have enough air in there. My throat constricted and I couldn’t lift up my hands or move my head. My breathing became faster and I tried to catch my breath, in vain. Apparently, it was a panic attack and it was so very ugly.

Bless the technician for providing me with a call button in the beginning!  I squeezed it tight and a piercing siren came along scaring me even further. It took an eternity for the technician to come to my rescue and pull me out of ‘the scariest place’ I have ever been in my life! I was shaking uncontrollably and I felt very weak. My arms flailed in the air and I beckoned her to remove the saddle from my face so that I could find my bearings.

The whole incident happened in about five minutes, I think. But it was plenty of time to witness hell and come back. I finally learned the hard way that a confined space could kill me, not just figuratively but literally as well.

This incident left me curious.

How could I have a phobia for closed spaces without having any kind of negative experience associated with it ever in my life?

So I googled the word ‘Claustrophobia’ and waited to see what my favorite Search Engine can tell me about it.

Google never lets me down, you know?

Anyways, I found some information on this topic.

According to About.com, Claustrophobia is defined as a fear of enclosed spaces. The severity of this disorder may differ from person to person. It goes on further saying that claustrophobic people find MRI and other similar tests difficult without some sort of relaxant medications.

Better Health, an Australian Government funded website lay out the blue print of treatments for Claustrophobia and let me tell you, I am not a fan of any of these procedures.

Also known as exposure treatment, the person is required to sit in an enclosed space and confront his or her phobic fears until it passes. This realization that they went through the worst possible form of ‘feeling trapped situation’ and nothing happened is considered as an effective form of therapy (well, I am never going to do this)

If Flooding sounds a bit extreme (yes, it is for me), then this form of treatment could be an option. While the person is subjected to various relaxation techniques, ‘the phobic trigger’ is introduced slowly and gradually. This method helps the person to face his fears without feeling anxious. This procedure is also termed as Systematic Desensitisation.

In this method, pretty much, you watch other people go through the phobic trigger without any discomfort and encouraged to do the same

In this process, the person is urged to face and diminish the specific thoughts that lead to the anxiety while in a closed space.

Medications could also help a bit.

I checked far and wide in the vast world of web on the causes of Claustrophobia and found nothing that could make sense of its existence in my case. Wikipedia says that the cause for Claustrophobia is unknown and the fear of closed spaces is considered irrational in most incidents. It goes on to say that most people who are victims to this do know consciously that they are not in any danger when they find themselves in tight spaces, but are still terrified to the point of incapacitation.

All of this information above doesn’t really answer my question, does it? So, I stopped searching. For now, only one thing matters- that I am officially claustrophobic.

I will have to stay away from closed spaces if I can help.

And I should really not let my mortal enemies know that the easiest way to get to me or kill me is to stuff  me up in a box…Ha!

What triggers your fears?