Warning: Please be aware that this post discusses a crime that was committed very recently in India and which became a high profile case in the country’s  judiciary system. The description of the incident in question in this post might be disturbing to some readers!

I had an over protective Dad when I was young. I was given lessons every day as to how to carry myself in public, how to (rather not to) talk to strangers and not to get involved with anyone or anything unnecessarily. Even though, My Dad and I were friends (sort of), there were lines that he dictated and I was forced at times to follow. I was lectured constantly to get straight home soon after school, have minimal contacts with my friends and hanging out with them and was strictly forbidden to entertain friends at home. As you can imagine, I was terribly not on board with this and constantly got into fights with him about things that I couldn’t agree. He used to get mad when I don’t listen and when things get totally out of control with a willful youngster like me, my Dad will abruptly change his tracks. He will start reasoning ever so calm.

He would explain: “Listen, the world is bad and it is increasingly so these days. I know that you do have good friends and I am not against them. What I am worried about is the fact that you cannot judge other person’s mind and what he or she is up to on situations. You trust them, I know that. But the question is, Are they trustworthy enough for you to loosen your guard? Terrible things happen around here, honey and you should be wise enough to stay out of harm’s way. All I want is your safety”.

My reply (which is totally clichéd):”Dad, I know how to take care of myself. I am big enough to know what sort of people that I am dealing with and won’t get into trouble on every turn. Trust me on this!” 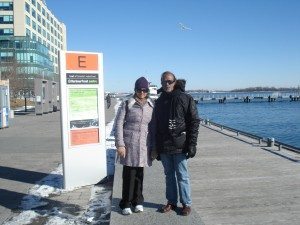 Our verbal exchange back then amounted to more or less like the above mentioned conversation. I almost feel lame listening to myself through the words spoken by a ‘younger me’. Years have passed and I became a Wife and a Mom. I have a baby girl who is not even a year old yet and I already worry about her life. I wonder about the friendships that she would choose and the roads that she would take. I do not know whether she would listen to her Mom’s opinions and takes on her life’s situations.

But let’s just keep this for another day…

Recently, there was a horrible incident that took place in Delhi, the capital of India which attracted world wide attention. It was about a gang rape and killing of a young girl. She was doing an internship at a hospital after completing her graduation of four years in Physiotherapy. She was out for a movie with her male companion and took a bus back home with him at about 9.30 night on December 16,2012. The bus was apparently engaged in a ‘joy ride’ occupied by the Driver (who is obviously driving), his brother and four other passengers who was later confessed as friends. The girl and her friend were told that it is a scheduled bus and going to the appropriate destination, so they boarded it unaware of the danger they will be facing soon. What happened next was described as one of the most brutal and horrific act of crime in the history of all crimes. The male friend was beaten relentlessly with an iron rod by the perpetrators which rendered him unconscious. He was shoved aside and the five men turned to the girl for their fill. They raped her repeatedly all the while beating her to pulp. The same iron rod was used on the girl as well, at various body parts which is highly incriminating and gruesomely impossible to mention here. Blood was pouring out of her mercilessly. After all was done, they both were thrown out of the moving bus to a road side in the dark. Shortly afterwards, a passer by found the victims and they were taken to the hospital.

The girl’s name was not released until very recently. Her name was Jyoti Singh as told by her Dad. She was beautiful and intelligent. She aspired to be a Doctor and had dreams to be someone in life. She wanted to travel abroad and make lots of money. Jyoti came from a poor family and she was always aware of the hardships that her Dad had to go through to educate her. She promised him a comfortable life after she has done her studies and start working… Her Dad told the newspapers that when he visited his daughter at the hospital, she tried to speak to him but couldn’t because of all the tubes and medical equipments on her. So she wrote in a piece of paper for him to read: “I want to get better, I want to live…” But it was not to be. She passed away thirteen days after the attack at a hospital in Singapore. A beautiful life came to an end.

There were uprisings and demonstrations ensuing this and the Indian police had a very hard time suppressing the public outrage at Jyoti’s murder. Few weeks ago, Jyoti’s Dad talked about his daughter and how her life would have taken a different turn if she didn’t board that monstrous bus. But there are things that we cannot control and one of them is Fate. He said that Jyoti was a gentle soul and mindful of others.  She was a vibrant youth and carried her energy everywhere she went and always left a part of her joyful self in the people that she met along in her life.

I saw Jyoti’s Dad’s pictures in one of the news channels and what I noticed first about him was his eyes that were deep with grief and sorrow in the untimely demise of his little girl. His demeanor spoke volumes about his grim predicament on continuing the rest of his life without his baby girl and living through the emptiness of it which is unfathomable by anyone. For some reason, my mind wandered off to the times when my Dad used to stalk me with his impositions on how to stay safe and unhurt by the world. I remembered the countless rules that he imprinted on my head all for the sake of keeping me safe and teaching me the ways of the world. I also thought about what he said years ago:

“Terrible things happen around here, honey and you should be wise enough to stay out of harm’s way. All I want is your safety”.

I now realize how wise he had been by being over protective so that I safely trod my way along and reached where I am today. ..I thank God sincerely that he did not need to share the fate of Jyoti’s Dad on my account. But my heart breaks remembering all those parents including Jyoti’s who couldn’t fight the evils of the world for their daughters…I remember the ones who fought hard but still lost… With all my heart, I pray that the world be a safer place for our children to grow up tomorrow. A prayer that will only be answered with time…

Have you heard about this particular incident from the Media when it happened? If yes, what were your thoughts on this at the time?