Today, I am very excited to introduce my dear friend and Author, E.M Tippetts in the Guest Post series. I first came to know about her, of course by reading her books! I became a fan of her works and started doing book reviews for her as well.  I  am very honored to host Ms.Tippetts as the newest  guest writer for A Momless Mom and I hope that you, my readers may benefit from what she has to say. 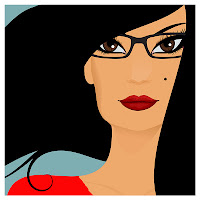 Emily Mah Tippetts writes romance as E.M. Tippetts and science fiction and fantasy as Emily Mah. She is a former attorney with degrees in philosophy, politics and economics from Oxford University and business law from UCLA. These days she lives in New Mexico – the place where she grew up – with her family. 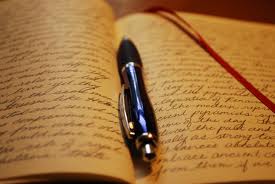 1. Write from the heart

Tell a story that moves and captivates you, be it with joy, terror, nostalgia, love, etc. If you don’t love your book idea with all your heart, you can’t expect anyone else to either. It’s easy for people to turn up their noses at bestsellers that were right on trend for the market and claim that they were just bashed out by a writer who didn’t care. Writers who have tried to write bestsellers this way find out, much to their chagrin, it doesn’t work. Even the cheesiest, silliest bestseller was written by someone who had an absolute passion for the story.

My first week at Clarion West Writers Workshop, we were taught by Octavia Butler who said, “Novels are about one thing. What’s the one thing your novel is about?” She then went around the room and we all tried to do a one sentence summary of what our novel was about. She looked us each in the eye and said “No” or “Yes.” What she was teaching us was log lines, the one sentence summary of the heart of the book. If your novel doesn’t distill into a log line, then you don’t really grasp the story you’re writing. People push against this advice, insisting their ideas are “too complex” or that the story “defies definition.” Some great literary minds might be right about that, but odds are very much in favor of you, should you adopt this attitude, being dead wrong.

3. Assess your level of weird

This is a key moment that will define your career as a writer. I like to use the example of catwalk fashion and mall fashion. Every year, hordes of designers and celebrities descend on Paris and Milan for Fashion Week to see all kinds of funky styles that are often extreme, difficult to wear, and not the sort of thing your average person would be caught dead in. These designers then head home and get to work on next season’s fashions, which will usually differ from last year’s by a few inches difference in a hemline, a different color palette, a different stitching pattern, etc.  What does this have to do with writing? 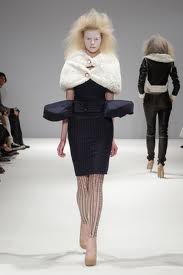 You have to know if you’re catwalk fashion or mall fashion, and if you want to be easy to market, you need to be mall fashion. People who design fashions that get sold in malls design clothes that sell in volume. High end designers who have catwalk shows work their whole career to sell the clothes they design. Either way can work, but you’ve got to know which you are and proceed accordingly. Now’s also the time to ask yourself, how marketable do you want to be? Do you care if you never hit a bestseller list, provided you can tell your stories your way? You’re on the catwalk end of the spectrum. Do you dream of seeing your name in lights? Study up on mall fashion.

People often refer to this process of diluting down the stranger or less marketable elements of your work as “selling out.” In any other field, learning to do your job the conventional way is applauded. In the arts, people get weird. Ignore the silliness and be honest with yourself. Could you move more copies if your main character didn’t have six friends who are flagrant sexual minorities? Maybe have one and introduce another in a later book? Would more people read your book if it didn’t have long scenes describing the cultivation of modern corn? Think about it. Don’t abandon your art, but decide, do you want to be the funky, cantilevered shoes that make runway models fall down or do you want to be a comfortable pair of sneakers with unusually colored laces or a touch of flair in the embroidery? Know what you want and alter your book accordingly. 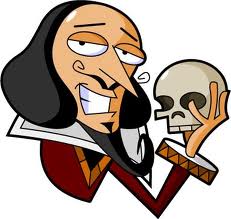 Some people believe that in order to write well they have to use words that are hard to define, spell, and/or pronounce. Nothing could be further from the truth. Before you worry about winning a Pulitzer or redefining modern prose, make sure you do this one simple thing: write scenes that readers understand. If people look up from your manuscript in confusion, unable to tell you how many people were in the room, whether they were in a room or perhaps a forest, and who did what to whom or what, you fail. It doesn’t matter how many fancy words you crammed in there. Nobody will read them if they have no idea what you’re talking about.

Firm up your core vocabulary. Listen to how people talk and don’t be afraid of mimicking it. Words like “the” and “said” are almost invisible to a reader. Don’t leave them wondering who said what; “he said” and “she said” flow right on past a reader without sounding repetitive nine times out of ten. Avoid too many adverbs. If someone must masterfully navigate the cleverly subversive and ironically candid prose of your opus, well… they’ll ‘probably’ put it down. You can use long sentences of course, and do vary your structure, but make sure you always get straight to the point without any unnecessary diversions along the way. 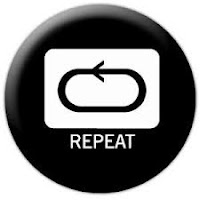 As the joke goes: “How do you get to Carnegie Hall? Practice, practice, practice.” The same is true for any professional endeavor. You learn by doing so keep on doing it. Don’t get bogged down by your first failure or develop severe stage fright from your first success. Keep on moving forward in your craft. Learn from your past works and the way people respond to them, and ignore stories of people who hit the New York Times Bestseller List with their first book. You only hear about those because they’re news, and news is rare, unusual stuff. Most people who make a living at writing write a lot, fail, try again, fail better, and keep on trying.