Automobile theft or the risk of it happening is something car owners face in any part of the world.  More than a mere robbery that leaves a car owner ‘carless’, the bigger picture of this situation portrays an expensive social stigma that costs the Insurance Industry billions of dollars in fixing or replacing the stolen cars. The Insurance expenses related to this also involve police, health-care, court and correctional services.

Whenever clients are in the process of shopping for a vehicle, I advise them to check the list of popular stolen cars issued by Insurance Bureau of Canada every year. This is because, insurance rates are greatly impacted for the worst based on how often a particular car is stolen. The thing is, you do not want to own that car, consequently paying a higher premium.

According to IBC, thieves steal vehicles due to any of the four reasons

1.  The thieves immediately pack and ship the vehicles that they steal with Vehicle Identification Numbers (VIN) intact. Then they sell them abroad for much higher price than the market value of the vehicle.

2. A stolen vehicle could be given a new identity by the perpetrator with fake VIN’s and are sold to unassuming customers. It can also be taken apart and sold for parts.

3. Sometimes, an auto theft can also be a result of ‘joy-riding’. But it is still a crime and people do get hurt on situations.

4. Bad dudes also steal cars to use it as an instrument in performing another crime. Often times in this type of scenario, vehicles are recovered in damaged conditions after the ‘use’.

According to the car theft reports of 2012, following cars ranked as top10 in Canada 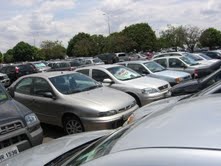 The investigative officials with IBC says that the organized crime rings focus more on the higher end vehicles and once stolen, they are shipped to countries like Middle East, Europe and Western Africa.

As for US, The Highway Data Loss Institute, supported by the insurance industry recently released the list of Top Ten Stolen Cars from 2010- 2012.

Interesting is the fact that all of these vehicles are trucks and SUV’s. The most vulnerable to theft in this list was Ford F-250 crew cab. Cadillac, the top runner in the previous years dropped to sixth in the reviewed year.

Alternatively,   in another survey conducted by The National Highway Traffic Safety Administration points to Dodge charger as the winner from their list of Popular Stolen Cars. NHTSA base their findings on FBI’s 2010 Uniform Crime Report according to which 73% of vehicle stolen are passenger vehicles.

Even though the data gathered from these two surveys contradicts each other based on their findings of types of vehicles stolen most often, Grand Theft Auto still happens and it is a reality.

However, stealing cars are increasingly becoming harder for bad guys due to the introduction of anti-theft technology as a standard feature lately.  For instance, ignition immobilizer was introduced from 2012 model vehicles.

Counter measures like this to protect the vehicles significantly discourages a thief’s attempt to ‘hot-wire’ or ‘boost’ cars for stealing purposes and makes the ‘act’ more challenging. Yet, Auto theft still remains as a huge headache for car owners and insurance companies.

As a consumer, what can YOU do?

It doesn’t take a long time for an experienced thief to rob you off your car, let’s say, max 30 seconds. 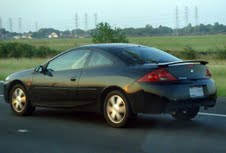 But if you set your mind into following precautions that are pretty simple, you could make his job a bit harder

1. Do not leave your car unattended

2. Look for a well-lit parking spot in a parking lot. Remember that, a thief works more efficiently in dark

3. Secure your car appropriately when you are not around. Please remember to roll up the windows, lock the cars and pocket your keys.

4. Never leave your valuables like your laptop, GPS system (not installed), cell phones in plain sight in the car.  Hide them well in your glove compartment or under the seats. Sometimes, seeing them inside the car ‘entices’ the thief to steal the car itself. No joke!

5. If possible, keep your car in the garage at night.

Believe it or not, 20% of the vehicles stolen always have keys in the ignition! How crazy is that?

How to Turn Your Home into a Self-Care Haven