This time, on my Guest Post Series, I am proud to present to you all, my dear friend and blogger, Marcia who blogs at Menopausal Mother. 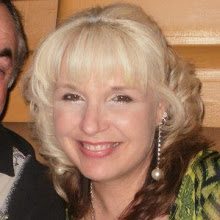 She is the most funniest blogger I have ever met in the world of blogging. I have often found myself falling off the chair laughing hard after reading many of her posts which were funny and at the same time insightful on the topic she discussed. In ‘Raising Teens…’, Marcia talks about teenage problems, her perspectives on handling this ‘special class of age’ including its  good and its bad.  If you dare to question her authority on the subject, mind you she  has first hand experience in dealing with teenagers since she lives with one or two of them at her house. Yes,  her words of wisdom are based on real life!

Marcia’s full bio can be seen at the end of this post.

There’s a popular saying that “Raising teens is like trying to nail jello to a wall”—and this is a perfect metaphor for parenting teenagers. In some aspects, it’s like raising wild animals….with drivers’ licenses and a pension for devouring everything in the refrigerator. They can be moody, self absorbed, insecure, impulsive, dramatic and sullen. But they’re also loving and dependent on sound, parental guidance despite an attitude of indifference. 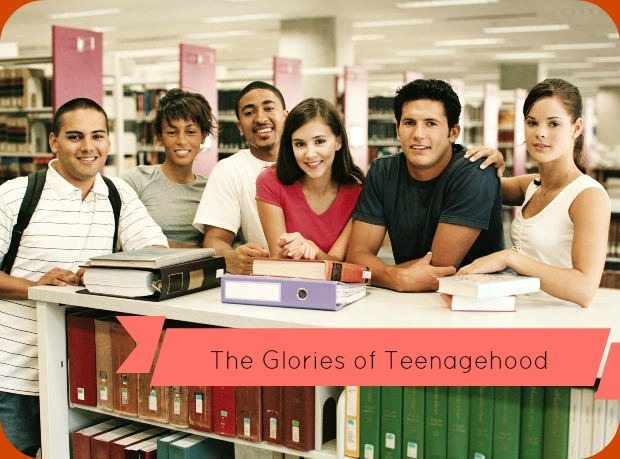 The teenage years are an odd, transitional time for any parent who has difficulty accepting that their child has reached an age where establishing their own identity is critical to their development. A teen’s need for independence, coupled with the raging hormones wreaking havoc on their bodies, is enough to make any parent want to throw in the towel. Others face the sudden urge to book a one way ticket to Bora Bora where they can gleefully sip on Mai Tais until their children have grown up and moved out into their own, postage stamp–sized apartment.As difficult as it is to hang on, parents also need to know when to let go. Teenagers need to exert their independence and find a creative outlet to express their individuality. This may mean a mohawk and purple hair dye that leaves them looking like they just came off an assembly line of a My Little Pony factory. If they decide to paint their room black and glue hubcaps to the ceiling—let them. You never know when you might need an extra hubcap for your car. Give your teens the space they need and save your battles for more important things that you will have to stand firm on, such as their health, safety, relationships and their education. Despite their belligerent and combative behavior, (which can be triggered in a nanosecond if there’s no milk for their cereal or God forbid you wash their jeans with your own clothes), stand your ground on the important issues and don’t get caught up in any power plays. They’ll complain about the food you cook (not a good time to serve tuna surprise casserole), the car you drive (“I’m not riding in an old, loser minivan that seizes up at every stop light!”) and will “borrow” your good shoes (which you will never see again), even though they derive immense pleasure in pointing out your wardrobe faux pas.

One of the BIGGEST complaints from parents in regard to raising teenagers and teenage problems is their child’s lack of respect for anyone above the age of thirty (which they consider geriatric). It’s important to remember that at this age, teenagers feel misunderstood by adults and are sometimes wary around them. Remind yourself of how YOU felt at their age, and tap into those emotions— when you were easily influenced by your peers and trying desperately to fit in. I spent an inordinate amount of time as a teen holed up in my room with celebrity gossip magazines and a bag of chocolate chip cookies pilfered from the kitchen pantry. I had no interest at all in what my parents were doing. I was content to live in my own, little teen bubble, as long as I had access to a phone and plans for the weekend.

Respect is a two-way street; you can’t sling derogatory names at one another in the heat of an argument with your teen or display any adult tantrums no matter how frustrated you are (try hiding in your closet in the fetal position or raid your secret stash of chocolate—the calories don’t count if no one sees you eating it). Teens follow by example, and whether or not they’ll ever acknowledge it (highly unlikely), you’re still their first role model. Respect their opinions even if they vary from your own and refrain from criticism or judgmental comments. Allow them to fight their own battles and let them know it’s okay to make mistakes, as long a they acknowledge it and learn from it. You can’t make all their choices for them, but you CAN provide the tools in their upbringing to help them make responsible decisions.

The number one key to a successful relationship with your teen is open communication. Be a good listener rather than inserting your opinion into everything they say, and be prepared to hear things you may not like. Don’t overreact; if you start to lecture a teen, their eyes will glaze over like a deer hypnotized by the headlights of an oncoming truck and they’ll have the attention span of a chihuahua with A.D.D. Consider it a gift if they confide in you—it means you’ve earned their precious trust and that they respect your opinion (even though they’d rather die than admit this).

Give your teens a wide berth while they struggle through their growing pains but hold them close to your heart. Tell them every day that they are loved and appreciated. One day the teen who stresses you to the point of gray hairs and baldness will turn into a responsible, young adult who will make you proud. You may not ever get those shoes they borrowed back again, but your heart will swell once you see them walking in them.

Marcia Kester Doyle is the author of the humorous blog Menopausal Mother, where she muses on the good, the bad and the ugly side of menopausal mayhem. Give her some wine and a jar of Nutella and she’ll be your best friend. Marcia’s work has appeared on Scary Mommy, In The Powder Room, the Erma Bombeck Writer’s Workshop, Mamapedia, Bloggy Moms, Messy Moms Radio, The Woven Tale Press, the Life Well Blogged series and was voted top 25 in the Circle Of Moms contest 2013. Other than at her blog, You can also find her at Facebook and Twitter.