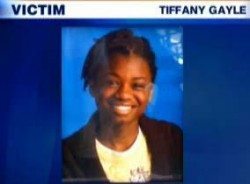 Tiffany was a teen who used to live in my neighborhood until few years ago. She was beautiful, full of life and only fifteen. In 2010, Tiffany was beaten to death by her parents at her own home.

Her name was Tiffany Gayle…

Born and raised in Jamaica, Tiffany lived with her biological mother until she turned fourteen.  Her Dad, Frederick Gayle in 2010 offered to bring Tiffany to Canada where he was living with his wife Elizabeth Gayle, at the time.

Tiffany said goodbye to her Mom and was off to live with her Dad and Step mom and their children.

From that point on, Tiffany lived one more year.

A year of beating, harassment and brutality she suffered at the hands of her own parents- her Dad and Step Mother- the people whom she trusted to protect her, love her and help her blossom into a beautiful person that she would have been if she was given a chance to live.

Tiffany was a student at Fletcher’s Meadow Secondary School at the time of her death.

Her class mates would say that Tiffany was very reserved and always kept things to herself. If Tiffany was subjected to beatings by her Dad and Step-Mother, she never showed or mentioned it to anyone at school. So, no one ever knew the horrible conditions that she endured at ‘home’. Instead of calling for help, Tiffany used note pads to write about what is going on with her.

“I hate to see my parents angry but I guess there is nothing I can do because all I have ever done is cause pain in the family,” – This was written in one of the note pads that was found by the police in a chest of drawers in her parents’ bedroom.

Tiffany blamed herself for making her parents angry, causing them to beat her up. She took the pain that was inflicted on her relentlessly and her grief was unseen by anyone till her death. She was not allowed to use the house phone, so she borrowed her friend’s phone at school to talk and text to her biological Mother at Jamaica. In the last contact she had with her Mother, Tiffany said that she is going to be send back to Jamaica.

But it never happened. Instead, two days after, Tiffany died a horrible death at her house. A beautiful life came to an end…

This news caught my attention for two reasons.

First, I learned that Tiffany lived just a few blocks away from my house.

So this tragedy really hit home when I thought about the possibilities of having seen her or ran into her on my countless trips to stores and parks and the walks I took around the vicinity.

If I had known Tiffany while she was alive and be friends with her, would there have been a chance that I could have turned her fate around? I could almost feel that helpless little girl yearning to open her heart to someone in her hopes to be saved from the impending doom…

You would probably be thinking, how can I empathize with Tiffany this way to the point of completely feeling the pain that she went through in her short life?

That brings me to my second reason for writing about Tiffany today.

I was also subjected to horrible beatings at a young age.

And my Mother was responsible for it.

She used to beat me up on a regular basis.  And I was scared of what could set her off All. The. Time. Some incidents from this phase of my life are still fresh in my mind..

Like the time she came after me with a sharp knife in hand for a swipe and I ran for my dear life..

Like the time when she came out of no where with a big broom and start hitting me left, right and centre while I was still getting up from my bed in the morning…I was so defenseless, bewildered and was still trying to figure out what did I do to make her mad so early in the day..

Like the time she dragged me down through the driveway of our house to the pond in our backyard and dumped me in the ice cold water, fully clothed. I remember struggling to resurface and trying to breathe and the weight of my cloths pulling me down. I did not know how to swim and she knew it.

I remember a picture of my Mother standing very still on the curb and watching me with certain coldness. I still shiver at the calling of death in her eyes and for one second, I thought that I am really going to die in the pond that day.

I was only eleven and still small and I did not want to die so soon. I guess my Mother also thought the same and in the next second, she reached and pulled me out of the cool grips of the water…Jeez… how can I forget that near-death experience?

So you see, I relate so well with Tiffany.

The only difference between us is that she didn’t make it out and I did.

The only difference is that she became a Martyr and I became a Survivor who remained to tell this story.

Canadians celebrated Canada Day yesterday. We are all proud to belong to this country where everyone is welcome to make their home and living and carve a beautiful future for themselves and their descendants.

I am sure, Tiffany’s Mom also dreamed of a future  for her daughter.

A dream in which Tiffany played the most important role of creating a wonderful life for herself … a dream of pursuing her goals and ambitions and finally find a family of her own…yes, she would have done all this if she was alive…

Three years later, when Tiffany’s parents are convicted of first degree murder and sentenced to Life in Prison, I hope that Tiffany is finally at peace… that she is happy wherever she is and she is loved by people around her. No more beatings, no more sadness. Just love. 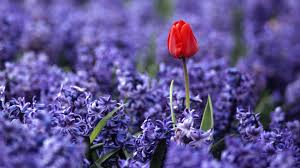 …Please know that you will be missed and never   be forgotten … 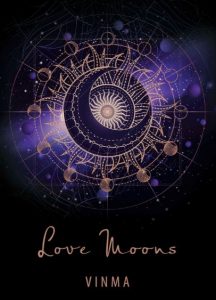